What are the Best Vitamins to Help Handle Brain Fog? Experts Explain 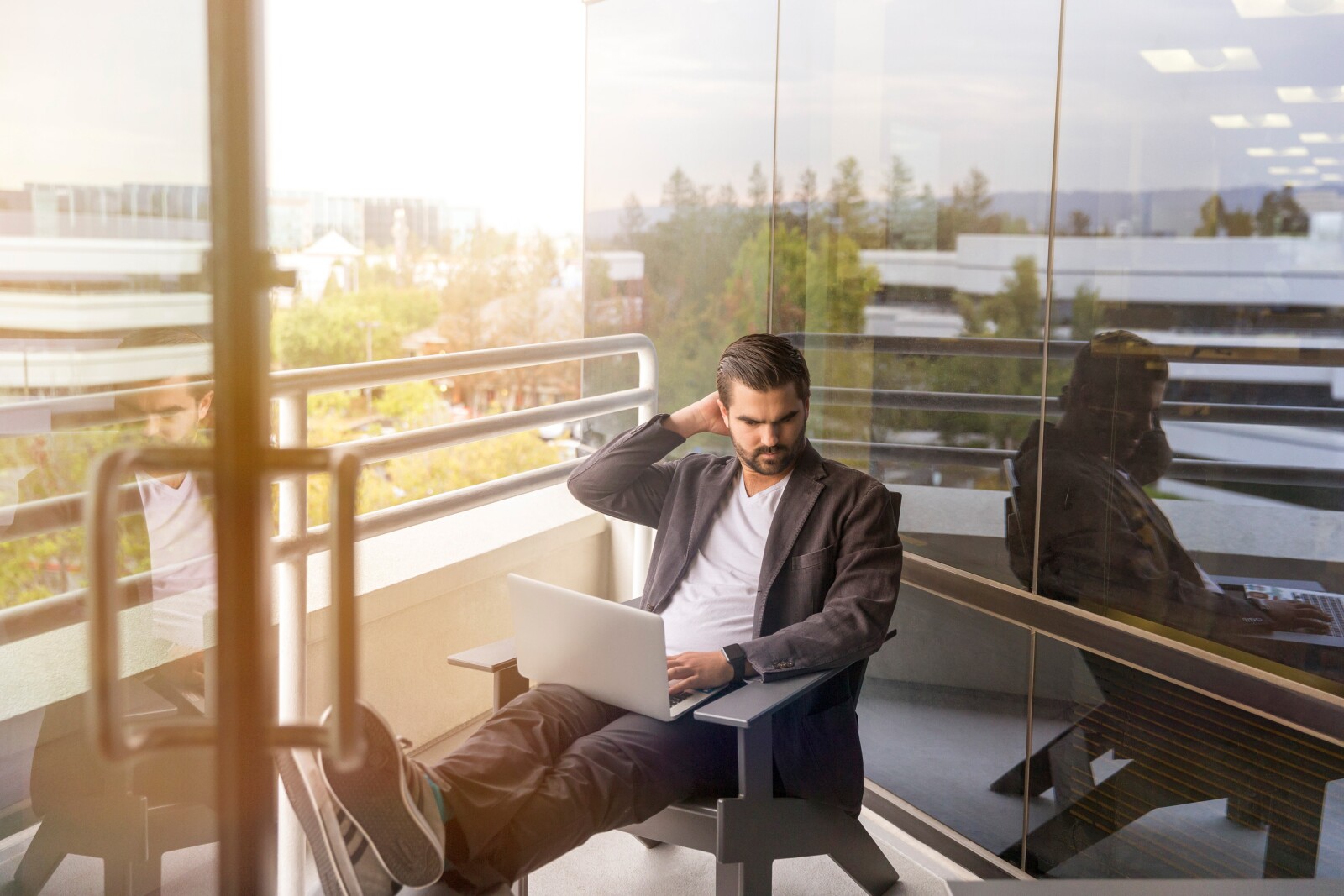 Brain fog happens to everyone occasionally. Find out which vitamins may support better brain health and reduce this common occurrence.

Ever found yourself reading the same sentence in a book five or six times? Or have you picked up your phone to complete a task and forgotten what it was you were attempting to do as soon as the screen went live? We all experience brain fog from time to time.

Brain fog can be frustrating and annoying, it can cause us to lose productivity and not give our best to tasks we want to excel in. Often we blame ourselves for brain fog, rather than looking at the physiological causes and potential solutions that may exist to help clear some of that fog from our thought processes.

What is brain fog?

Brain fog isn’t just one thing. It is a variety of sensations or symptoms that get in the way of our concentration, learning, and focus. Brain fog isn’t an official medical condition, so the term can vary in meaning from one person to another. Generally, brain fog can describe any number of mental blocks that occasionally get in the way of our progress throughout the day. Some symptoms include:

It’s helpful to get to know the brain to better understand how we think and process information. The brain is made up of white matter and gray matter. White matter helps us with tasks like communication and requires nutrients and proper blood flow to function properly. Gray matter needs significant oxygen and is the area associated with learning, memory, and reasoning.

What can cause brain fog?

Because brain fog isn’t an official medical disorder, it’s not an experience that can be pinpointed as having one cause. However, temporary memory problems or the occasional sensation of brain fog can be caused by multiple events or lifestyle choices, including:

“Because brain fog isn’t an official medical disorder, it’s not an experience that can be pinpointed as having one cause.”

Hormone changes have been shown to cause temporary cognitive impairment. One study noted changes in the gray matter of the brain during the third trimester of pregnancy. Menopause can also cause cognitive disturbances. One study suggested that estrogen may provide protection for cognitive function. Finally, if you suspect a medication you are taking is contributing to your brain fog, it is important to discuss these experiences with your doctor.

Is there a vitamin deficiency that can cause brain fog?

Vitamins and minerals play a major role in helping the brain and the rest of the nervous system function properly. There are a number of vitamin and mineral deficiencies that can result in brain fog. These include inadequate levels of B vitamins, magnesium, vitamin C, and vitamin D. Low levels of iron can also result in brain fog. However, it’s important to have your iron levels checked by a doctor before using an iron supplement, since too much iron can be toxic. In addition to vitamins and minerals, the brain also needs adequate intake of healthy fats, like omega-3 fatty acids.

What are the 7 best vitamins and supplements for brain fog?

There are many brain health supplements on the market, so it’s important to understand which vitamins have been shown to support improved cognition through studies. Whether you’re looking to improve memory or enhance cognitive function, these are seven of the best vitamins and supplements for addressing brain fog. As with any supplement, if you have a medical condition, consult your physician before trying any new vitamin or supplement.

Care/of’s Focus blend is formulated using clinically-backed ingredients such as vitamin B12, American ginseng, and ginkgo biloba. It can be taken an hour before you need a concentration boost, in order to support healthy cognitive function and assist with focus and mental energy.

Vitamin D has antioxidant-like properties, which may mean that it can protect the brain. One study found vitamin D to play a part in neurodevelopment. The brain contains vitamin D receptors, so although more research needs to be done, there’s evidence to support its benefits for the brain.

Magnesium is found in the brain and is an essential mineral that helps support sleep and mental balance. Since poor magnesium balance can be a contributing factor to brain fog, it’s important to address this issue. Magnesium is often low in processed diets, but it’s easy to access more from seeds and green leafy vegetables, like spinach and kale.

Research has shown that antioxidants can provide protection to the brain. These elements collect free radicals that can cause oxidative damage to cells. Vitamin C is a powerful antioxidant and can be found in a variety of fruits and vegetables, making it an easy vitamin to consume on a daily basis.

Vitamin B-12 supports brain health by providing the body with the ingredients it needs to make myelin, the protective coating around nerve cells in the brain. One study found that elderly people with healthy levels of B-12 had better cognitive function than those studied who did not. When choosing a vitamin B supplement, it’s important to choose one with active forms of B12 (also referred to as cobalamin) like methylcobalamin, adenosylcobalamin, hydroxylcobalamin, because they are the easiest for the body to absorb. Choline, found in eggs, is very similar to B vitamins, and is essential for the body to produce the chemical acetylcholine, which is crucial for brain function. Ginkgo biloba is an herbal supplement that helps increase the body’s choline uptake, promoting acetylcholine levels, which could make it beneficial in the battle against brain fog.

While many foods contain B vitamins like vitamin B1 (thiamin), vitamin B6, vitamin B12 and folate, some things we consume can take away vitamin B from the body. Alcohol has been shown to deplete B vitamins in the body, which is why it may be helpful to supplement with a vitamin B-complex vitamin if you consume alcohol regularly.

L-theanine is an amino acid that is naturally found in green and black tea and the mushroom variety Boletus badius. Since L-theanine may help support healthy stress levels, it can be beneficial in curbing this common culprit of brain fog. One study found L-theanine may positively influence attention and reaction time response and L-theanine may promote neurogenic health.

Ginseng as an herbal supplement is made from the root of the ginseng plant. In one randomized trial, American ginseng was found to improve working memory, memory speed, and cognitive performance. In the same study, participants who were given the ginseng supplements reported feeling calmer. This is consistent with ginseng’s role as an adaptogen, which means that it’s a substance that aids the body in adapting to outside stressors.

Another herbal supplement that is known for its adaptogen properties is Ashwagandha. This extract from a nightshade shrub is used as a stress-relieving tonic, but has also been studied for its cognitive support. In one randomized study, ashwagandha root extract provided both immediate and longer-term improvements in memory, attention span, and information processing speed. Another study found full-spectrum ashwagandha root extract to be effective in promoting mental balance in adults. This group also experienced a nearly 30% drop in their cortisol levels (known as the stress hormone) over a 60-day period.

If you’re experiencing brain fog from time to time, the first step to take is to look at your lifestyle and make changes that contribute to overall wellness. That can include the following steps:

Brain fog is the occasional inability to concentrate, the feeling of forgetfulness or distraction. It can be caused by multiple factors from aging to diet to lack of sleep and hydration. To address brain fog and reduce its occurrence, it’s best to take a holistic approach that takes into account overall body wellness. Getting a good night’s sleep, drinking enough water, and maintaining proper nutrition and physical fitness all can help fight off this mental fog. Supplements can help ensure you get enough of the essential nutrients that support brain health.

5 Vitamins and Supplements For Energy and Fatigue 2023